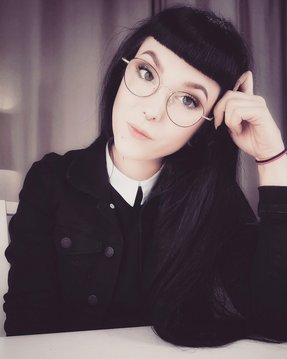 Audrey Piguet (08.07.1989) is a photographer graduated with honorable mention in 2012 from the photographic school of Vevey (CEPV). Since 2013, Audrey owns her own company and works as a freelance photographer. She navigates between commercial works (fashion and advertising) and her artistic work. Creatively minded, she designs all of the hairstyles, make-up and accessories, which appear in her photographs.

Her work has been the subject of numerous publications and awards, including the second prize of the Young Swiss Talent in Photography. She has had the opportunity to hold several individual and group exhibitions in Switzerland, France, Croatia, but also in Germany and in the United States. Her first monograph "Dark Glow" was published in 2014 by l'Âge d'Homme.

Since 2018, she collaborates with different institutions on cultural outreach projects, notably for the creation of educational dossiers and workshops. She also regularly gives workshops and training courses in the field of photography and image analysis.

Some of her photographs are part of private and public collections, such as the one of the Maison d'Ailleurs Museum (CH). She is represented by the gallery "SpeedArting". Since autumn 2020, she has joined the association "Espace Artistes Femmes" as an artist, but also as a member of the committee and in charge for the cultural mediation.